A downloadable game for Windows, macOS, Linux, and Android

This demo is a part of a visual novel project that will include mature content. Adults only, please.

A fox lives alone on a deserted island, believing themselves to be the planet's sole inhabitant. They have everything needed for survival, but little in terms of purpose, spending their days swimming in the ocean and reading whatever they can get their paws on online.

But there is something else – another island, possibly within reach, but far ahead of what would be a comfortable swim. As years pass, it becomes an obsession that refuses to leave them alone. Should the fox brave the trip, what will they find?

The Other Island is a kinetic novel that acts as a demo for The White Tigers, an upcoming visual novel project. Playable in Finnish and English, it is a self-contained introduction to the story and its protagonist. (We're looking for artists – check out the project website for more details!)

Written by purkka, with graphical contributions from Drake, Pilotti, and triviaboy94. Full sources of free assets used are included in the game.

The game uses a custom visual novel engine I'm building for the larger project on top of Godot. As such, I'm happy to hear about any issues you might run into or any features you'd like to see; please leave a comment, reach out on Twitter, or join our Discord!

The game is available in Finnish and English, but the engine supports fan translations distributed as separate packages. Download the translation assets for more info, and contact me for assistance or feature requests.

....This small adventure made me depressed.

The fox's situation is so sad. Knowing that he's already spent 9 years alone on that island doing the same things every day and having no one to talk to is sad enough, but then he convinces himself (and me) that there might be something (someone) on the other island and decides to risk himself to get there, getting to the brink of death, only to realize that it was hopeless, that he knew there was no one there, and that is heartbreaking.

Then we end up going back to point 0, where he goes back to his island to continue spending his days alone 😭🥺

The worst part of all this is that we see it in third person, only being able to watch him take risks alone from far away, without being able to do anything, not even be close to him, to give him (or our own mind) the comfort of knowing that he is not going through all of that alone.

The ending left me empty and anguished (my heart is heavy), but it was beautiful in a poetic way. I loved this demo, it speaks volumes about the quality I can expect from the main project, and I can say for sure that I'm looking forward to playing The White Tigers.

PS: I hope our protagonist get to meet lots of people and make lots of friends and get lots of love and care... (copium cause I know thats not how VNs work) Cause he deserves it.

PPS: Also, I hope Im not making the writer uncomfortable by using "him" for the protagonist, Im just used to talking like this, and I am more comfortable than using they

As you may imagine based on the tone of the demo, the main game will go into some fairly dark places as well, and (most of) the endings will lean towards bittersweet 😔 Well, at least a lot of what happens in it will probably be nicer than being stuck on an island forever.

As for the pronouns: generally speaking, I think it's best to refer to fictional characters with whatever pronouns they themselves or the narration use. However, in this case, there is some nuance due to the multilingual nature of the work.

As you might know, Finnish doesn't have gendered pronouns, and nothing in the Finnish script (which I consider to be the authoritative version) genders the protagonist directly. Gender is all subtext in the game, most visible in how the protagonist orients themselves towards masculine ideals and archetypes, but still up to interpretation.

The decision to use they/them in the translation was not an easy one. It certainly doesn't reflect the protagonist's sense of self-identity – the fictional languages the characters speak, like Finnish, lack gendered personal pronouns. But in the end, I thought it was the most sensible way to reflect the inherent ambiguity of the original script and worked best with how the rest of the story goes.

If they spoke English, I imagine the protagonist could also choose to use he/they or even accept any pronouns. Maybe they'd go with he/him at this point, since nothing in the text speaks of their personal understanding of gender. The story won't say anything definite either way, since the characters will not talk about pronouns.

When discussing the story in English, I'm personally going to go with they/them for the same reasons I chose to do so in the script. I'm not that strict about it, however – the choice is regardless an artifact of translation, and the ungendered personal pronouns of the original script are what most closely reflects my artistic intentions.

Oh, I see, thank you for clarifying.

The demo isn't, but the main game will be

Not yet; it will be launched when the main game is closer to completion. For now, you can donate on itch to support the project.

This looks like it will be great, can't wait to try it out when it's further along.

(I personally dislike being slapped with the message "End of Demo")

This was beautiful, in a depressing way. 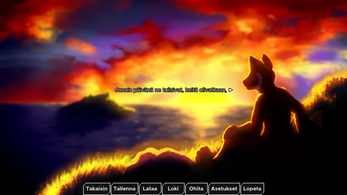 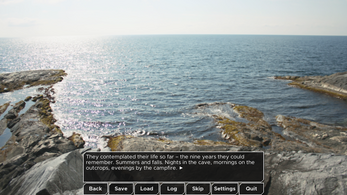 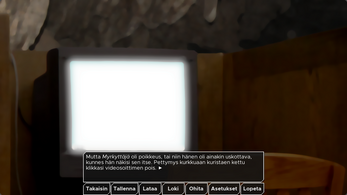